The Clock Is Ticking For The Renewable Fuel Standards (RFS)

Tick-tock. No, that isn’t the sound of a Chinese video-sharing platform. It’s the sound of time running out as the deadline for Renewable Fuel Standard (RFS) passed by without meaningful action by the EPA.

“Small” refineries — those that produce 75,000 barrels of crude oil per day or less — can sigh in temporary relief. Many have waivers and will continue selling unblended diesel that doesn’t contain any renewable fuels.

But on the flip-side of that coin, for many biodiesel producers, tick-tock is the sound of frustration. They aren’t sure how much product will be needed in 2022 and 2023. Sales forecasts are blurry, which makes planning business investments a struggle.

In November 2020, the US Environmental Protection Agency (EPA) failed to meet 2020 RFS deadlines. This wasn’t wholly unexpected, thanks to the COVID-19 pandemic. Still, not only did the agency miss the November 30 deadline to establish and finalize 2021 RFS obligations and 2022 biomass-based diesel volumes, it never proposed a rule. In effect, the potential demand for hundreds of millions of gallons of biodiesel disappeared. Now, the EPA must address RFS obligations for the next few years quickly.

These missed deadlines make for an uneasy immediate future in the biofuel industry and create uncertainty for renewable diesel and biodiesel producers, who have set goals for growth through 2030 but now have no quantifiable demand for their products.

Today, we discuss the Renewable Fuel Standard’s regulations, compliance, and administration issues. But before we get started, let’s think about the demand for renewable fuels, biodiesel, and clean transportation for a moment. That way, we can better understand the potential impact of RFS on our environment and our economy.

Illustrating Fuel Demand in the US

When asked to dream up a picture of clean transportation, the average American might first imagine electric commuter vehicles, lithium batteries, and charging stations.

If you’re even the least bit business-savvy, your thoughts rapidly turn to trucking and freight. That’s where the demand for diesel lies, and it’s where things get complicated. We have a lot of cargo that needs to be moved across a comparatively large countryside to a population with tremendous appetites.

With a GDP of $20 trillion, the US is home to roughly 325 million souls. That sounds like so many until we consider the global population is more than 7 billion people! Our household spending is the highest on the planet and accounts for about a quarter of total global household consumption. The current US consumer appetite is the biggest in human history, by far.

The American Appetite for Goods and Groceries 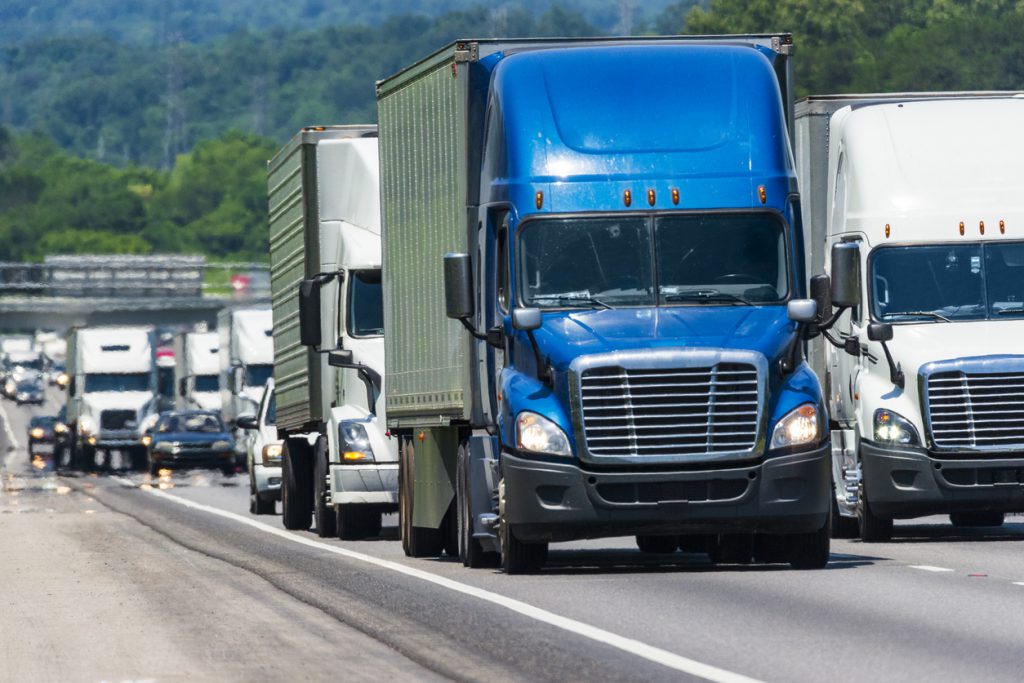 We import consumer goods and many grocery items from all over the world to a handful of key ports. From there, freight is moved to distribution centers and eventually to the homes and businesses of — dare we say it — gluttonous Americans who cannot get enough.

And the pandemic has highlighted our consumptive habits, by the way. Americans don’t stop to save, even when forced to stay home. We continue to buy, buy, buy. (And in this author’s case, eat, eat, eat). Whether we’re hoarding toilet paper or stacking up Amazon deliveries on the front porch, we find relief in retail.

These habits have funded the biggest wealth transfer in history, and we’ll talk about that in another blog soon. Our unsatisfiable appetite isn’t entirely our fault, though. No other population in human history has been continually bombarded with marketing as we are today.

All that aside, here are the numbers associated with US freight transportation:

How Greenhouse Gas Emissions Weigh In

As our demand for diesel increases, so do our greenhouse gas emissions. The EPA says greenhouse gas (GHG) emissions from the transportation sector account for about 28 percent of total US emissions, making it the largest contributor of domestic emissions and a significant pollution problem.

The Definition and History of the Renewable Fuel Standard

The Renewable Fuel Standard (RFS) is a federal program that requires transportation fuel sold in the US to contain a minimum amount of renewable fuel. In most cases, companies blend renewable fuels into traditional diesel to match a percentage. EPA implements the program in consultation with both the US Department of Agriculture and the Department of Energy. Sometimes you’ll hear it called RFS2, as the target goal has been adjusted.

Per the EPA website, “The RFS program is a national policy that requires a certain volume of renewable fuel to replace or reduce the quantity of petroleum-based transportation fuel, heating oil or jet fuel.”

Ultimately, the target goal was that the US would use 36 billion gallons of renewable fuel by 2022.

The fuel market has changed since RFS’s launch and subsequent reconfiguration two years later. The 2007 enactment of EISA increased the scope of RFS and included key changes, like:

But so much has changed since 2007! In 2016 the US Government Accountability Office (GAO) found the Renewable Fuel Standard program unlikely to meet its goal thanks to limited production and availability of advanced biofuels. This is a great disappointment for biofuel producers.

The official GAO document says, “It is unlikely that the goals of [RFS] will be met as envisioned because there is limited production of advanced biofuels to be blended into domestic transportation fuels and limited potential for expanded production by 2022.”

Today, EPA continues to review and approve fuels made with advanced technologies. Some biofuels are similar enough to traditional diesel fuel that they don’t need to be blended but can be simply “dropped in” to existing petroleum-based fuels. And EPA says these drop-in biofuels hold great promise for the future.

The obligated parties of RFS are importers and refiners of diesel fuel or gasoline. In a nutshell, companies achieve compliance by blending renewable fuels into traditional fuel products or obtaining Renewable Identification Numbers (RINs) to meet a specified Renewable Volume Obligation (RVO).

RVO numbers are calculated every year based upon projections of gasoline and diesel production and usage. (RINs and RVOs are both topics worth entire articles, and we’ll tackle those next.)

Meanwhile, the obligated parties — renewable fuel producers and refineries — must demonstrate compliance annually, which all circles us back to their frustration with EPA. Tick-tock.

Now, let’s get back to the situation as it stands today in March 2021. Pockets of the nation are beginning to emerge from pandemic-panic, and our appetite for consumer goods won’t be faltering any time soon. Without a set target percentage of renewable fuels needed by transportation, sales forecasts are blurry. Biofuel and renewable fuel producers are scrambling to adjust their business plans.

But overall, the news is positive, as the new administration sets lofty climate change and environmental goals that can only enhance the value of renewable fuel sources.

The Biden Administration and Renewable Fuel

The Biden administration is pushing for clean fuels from other angles, beyond blending and RFS. While the details are yet to play out, President Biden’s website names nine key points for addressing climate change and lists lofty goals like:

President Biden’s website says that he will soon direct the EPA and Justice Department to pursue corporate polluters to the fullest extent and seek additional legislation to hold corporate executives personally accountable, even including jail time. This means carbon neutrality and renewable fuel sources will become a requirement for all big businesses, not just freight. That’s something we all need to be talking about.

So while time has run out for RFS — and left obligated parties scratching their heads — maybe they need to consider these moments as the calm before the business storm and get their houses in order before we see an unprecedented boom in demand. Tick-tock.

The Colorado River Basin: Why We Need Watershed Scale Solutions