On Outsourcing the MVP

Don’t let your MVP be the stumbling block that breaks your startup before things get rolling.

New businesses are founded every day in America. But sadly, most will never see the light of day (even before the question of outsourcing the MVP can come up).

In fact, most fail before they even bring a product or service to the public. Some failures are due to infighting among the founders, and others fizzle out without capital for engineering or production. Some seem on the verge of success, only to stumble at a surprise speed bump, like, say, raw material sourcing.

Too many startups seem to have everything planned out except that final marketing budget that will put a product in the hands of an end-user. Also, a few don’t bother with much of a business plan at all! We hope that’s not you. We hope you have a solid business plan laid out. They’re vital (and that’s a blog worthy of another day).

Among the most vital elements of a startup’s business plan is the minimum viable product, or MVP. This initial offering serves to make a marketing splash and test customer interest. A great MVP creates a springboard for your future developments. Also, it’s an essential tool for attracting the investors you’ll need in the future.

It doesn’t matter if we’re talking about clean tech, cell phone apps, SaaS, or even a restaurant’s soft open. Your MVP sets the stage!

This blog will cover everything you need to know about MVPs, but especially how (and when) you should farm out the production to a venture studio. But no new product comes without a risk. So we’ll explore some statistics and some real-world success stories in the realms of startups, studios, and MVPs.

And, if you’re wondering, “Should I consider outsourcing the MVP?” The answer is: probably, yes.

On Startup Studios and the Studio Relationship

In his white paper, Nick Zasowski, director of Global Startup Studio Network (GSSN.co), describes startup studios best. Think of them as “company creators.” Startup studios or simply “studios” can solve real problems by matching your business idea with the world’s most talented developers and engineers and the right VCs to fund a project.

The collaborative and creative nature of a studio environment boosts creativity. But they can also introduce solutions to your future production hiccups.

For example, as 2021 comes to a close, raw material shortages, supply chain struggles, and computer chip shortages are probably at the top of your mind. (Or, at least, they should be.) To use that old adage, “there’s more than one way to skin a cat,” and the studio relationship could smooth future sourcing hurdles, which are likely to continue for another year at least.

Does Your Cat Need a Skinning?

Is there a major development problem staring you in the face? If your next big idea relies on a flow of commodities like steel, lithium batteries, or even microprocessors, the startup studio relationship will be vital to your operations!

Statistics to Consider About Outsourcing the MVP

As a startup, you want a viable product on the market as quickly as possible, earning as much revenue as possible right away.

But cash is king! The internal rate of return (IRR) of companies that chose to farm out their MVP is also better, even astoundingly better. GSSN’s research suggests that traditional startups that keep that initial MVP production strictly in-house have about 21% profitability. In contrast, those companies that strategize by outsourcing the MVP can see IRRs surpassing the 50% mark.

Let’s leave that information to simmer in your subconscious for a while and turn our gaze to some successful startup studios.

Successful Studios You Should Know About

Founded in 2015 and based in Indianapolis, startup studio High Alpha has a portfolio that boasts 19 companies with four exits. High Alpha’s portfolio also has raised more than $160 million. What is the key factor that got High Alpha to this point in a short amount of time?

High Alpha’s strength comes from the unique blend of backgrounds of these key individuals and their combined entrepreneurial experience.

The team has many connections throughout the VC community. They capitalized quickly with notable inventors like Greenspring Associates, Foundry Group, and Emergence Capital.

But they also placed laser-like focus on the industry they know best: B2B SaaS (business to business software as a service). That keen focus allows High Alpha to use their energy and expertise where it counts.

They’re also known for student internships and a strong local presence in Indianapolis.

Science Inc. has a portfolio of 40 companies with eight exits. Headquartered in Santa Monica, CA, Science Inc.’s portfolio has raised more than $800M, with acquisitions amounting to more than $1.3 billion. This was accomplished by raising a $40M Fund I in 2011 and a $75M Fund II in 2017.

Thanks to two key themes, Science Inc. made a splash in the studio asset class. First, they have solid domain expertise in CPG, mobile, marketplaces, and e-commerce. Next, they have a strong ability to raise capital and provide those resources to startups.

Ultimately, these are only two of the studios a startup might consider. There are hundreds more, and this isn’t a relationship you’ll want to jump into quickly.

On Selecting the Right Studio 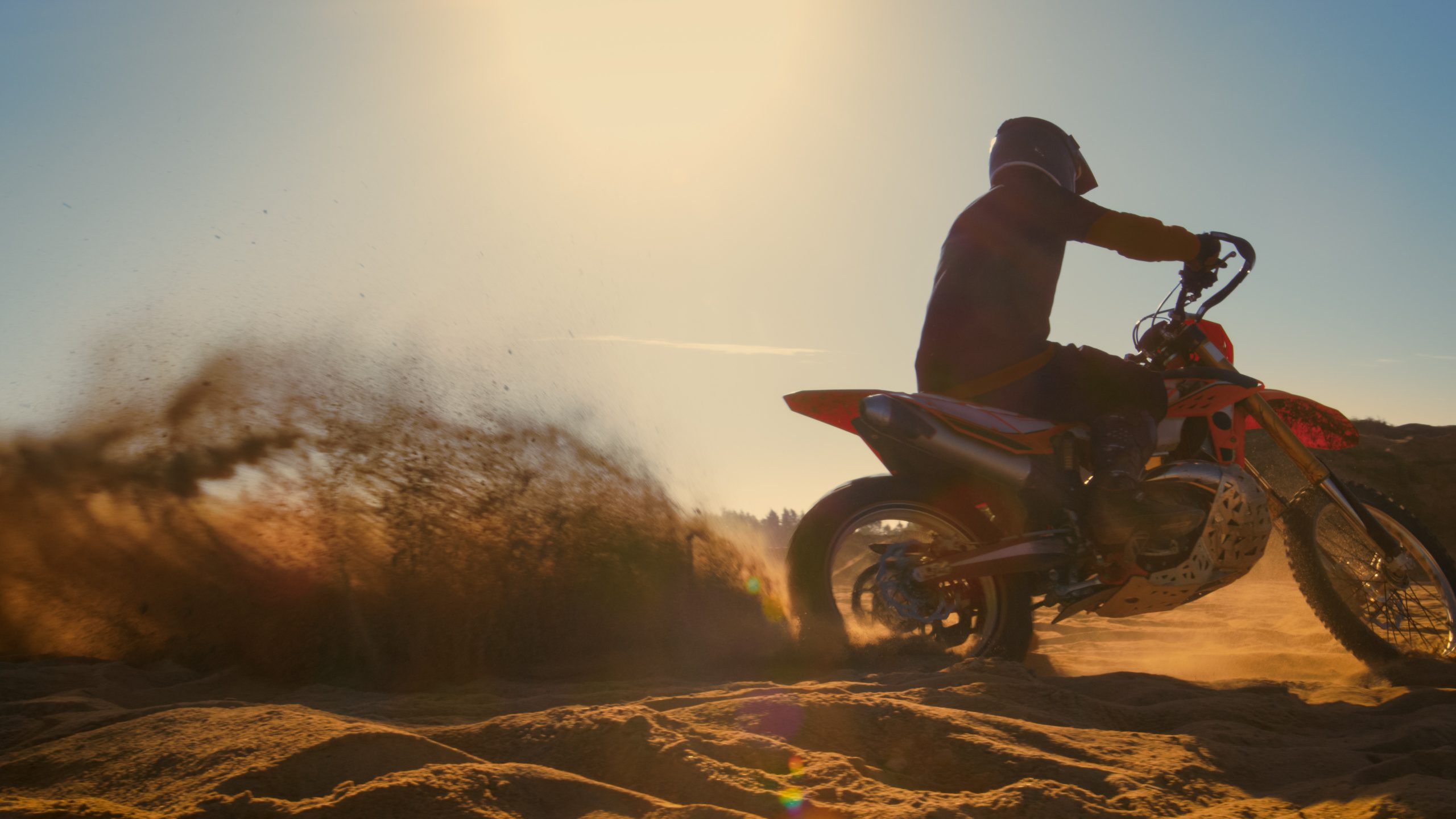 We can generalize studios into three primary categories:

Now, every startup is unique. So your needs might fall somewhere between those three categories. You might have all the R&D and design plans in the world, plus a little capital, but need experienced staff. Alternatively, perhaps you have an outstanding idea ready to patent but don’t know where to go from that point.

You’ll need to spend some quality time interviewing studios, and that’s a two-way street. The studio wants to create a successful portfolio and earn their daily bread as much as you want that brass ring.

Plan to Vet — And Expect to Be Vetted

The point we’re making is that relationships matter, and it’s crucial to vet a studio just as thoroughly as you would vet a VC. Corporate culture might matter or might not, and track record might matter or might not. A history of experience in your field might sound alluring, but sometimes a fresh view from outside your industry’s box can solve big problems fast.

Take your time and sleep on it.

So far, we’ve introduced you to MVPs and discussed some reasons you’ll benefit from outsourcing the MVP for your business. We’ve covered a few statistics and shown you a few examples of startup studios that can help. You’re thinking about that relationship and how it will affect your business moving forward after a pandemic.

Now let’s think about a few successful MVPs to get those creative juices going!

Amazon.com: The Most Successful MVP We All Want to Emulate

Amazon is probably the most successful MVP and a great illustration of how they can explode your business (in a good way). You already know that Jeff Bezos created Amazon as an online bookstore.

A few facts led to his choice to focus on books. There are many titles already available, and there is a high demand for them around the globe. Once the MVP was chosen — an online bookstore — he started the company in his garage.

Today, Amazon is the third-largest retailer on the planet. Bezos still sells books in record numbers but has warehousing, shipping, dropshipping, and logistics empires, as well! And we’re not even talking about his space exploits.

Remember, Bezos didn’t wake up one morning envisioning Amazon precisely this way. He started with a minimum viable product: an online bookstore that would sell books in high demand, and everything else sprung up from there, one branch at a time.

Outsourcing the MVP or Not: The Final Question

Both experienced entrepreneurs and newbies could benefit from outsourcing the MVP to a studio. Just be sure to spend some time vetting the studios to find one that understands your vision and can bring tools to the table that will benefit your business the most. You’ll be amazed at how much stress this takes off your plate! Now that the cats are getting skinned, you are free to think about your future in space travel, too.

Beesio.com: What is a Startup Studio and How Can They Help You Grow?

Peoplesworld.org: Bezos in Space: When the World isn’t Enough, Exploit the Whole Galaxy

This article was originally published on KirkCoburn.

The Colorado River Basin: What’s Wrong and What’s Needed To Make It Right

The Most Exciting Tools for Startups in 2022

The Colorado River Basin: Why We Need Watershed Scale Solutions