All over the world, renewable sources are being explored for energy. Today, we see them as alternative options; however, the future goal is to shift completely to clean, inexhaustible, and increasingly competitive energy sources.  Advantages of renewable energy use include causing little to no damage to the environment, unlike fossil fuels.

The switch to renewable energy is already underway, as renewable energy use increased 3 percent in 2020 while demand for all other fuels declined. Fossil fuels such as oil, coal, and natural gas, though not only being finite in terms of their availability, are also some of the main factors contributing to climate change. It’s no surprise that many countries are switching to renewable energy sources moving forward. Overall, current progress and projections already show that by 2050, 50 percent of the world’s energy will come from renewable energy, as the world continues to look for alternative energy options.

The Frontier Hub’s Arti Loftus wrote in an article saying, “…[there] is an urgency for public, private, and non-profit organizations to address climate change…[I]nvestment in sustainable energy represents approximately 33 percent of all capital being deployed.” She continued, “Investment in renewables is expected to rise above $10 trillion by 2050, and with the economic stimulus package, which includes federal government investment in more sustainable energy and related technologies, as well as job creation and the advancement of competitive American companies, it is clear these forecasts are on solid ground.”

Now that we have increasingly innovative and less-expensive ways to capture and retain renewables, these forms of energy are becoming an essential power source. Thanks to myriad renewable energy sources, more and more of these forms are being leveraged in one way or another.

To start, one of the most popular sources of renewable energy today is solar power. According to the National Renewable Energy Laboratory, “more energy from the sun falls on the earth in one hour than is used by everyone in the world in one year,” which makes harnessing solar energy a dire form of renewable energy. Also, solar energy systems don’t produce air pollutants or greenhouse gases, and as long as they are responsibly sited, most solar panels have few environmental impacts beyond the manufacturing process.

There are plenty of examples of solar energy being put to good use already today. Distributed solar systems generate electricity locally for homes and businesses through rooftop panels or community projects that power entire neighborhoods. However, solar farms can generate power for thousands of homes, using mirrors to concentrate sunlight across acres of solar cells. Floating solar farms, or floatovoltaics, can be an effective use of wastewater facilities and bodies of water that aren’t ecologically sensitive.

Another prominent form of renewable energy already making waves in the world is wind power. Today, turbines as tall as skyscrapers and nearly as wide in diameter stand at attention worldwide. Wind energy turns a turbine’s blades, which feed an electric generator and produces electricity. Wind turbines are relatively eco-friendly, while also being very flexible, having the ability to be placed both on land and offshore in bodies of water.

Today wind, which accounts for a little more than 6 percent of U.S. generation, has become the cheapest energy source in many parts of the country, making it the most attractive form of renewable energy. Top wind power states include California, Texas, Oklahoma, Kansas, and Iowa, though many states are now making significant investments into wind power. For example, Bill de Blasio, the mayor of New York City, and New York City Economic Development Corporation (NYCEDC) announced a 15-year, $191 million Offshore Wind Vision (OSW) plan to make New York City a leading destination for the offshore wind industry.

While solar and wind power are the most well-known, there are plenty of other sources from which renewable energy can be found and leveraged. Hydropower is the largest renewable energy source for electricity in the United States, yet wind energy is expected to take the lead soon. Hydropower relies on water, typically fast-moving water in a large river or rapidly descending water from a high point, and converts the force of that water into electricity by spinning a generator’s turbine blades.

However, large hydroelectric plants, or mega-dams, are often considered nonrenewable energy nationally and internationally. They divert and reduce natural flows, restricting access for animal and human populations that rely on rivers. Gaining momentum in opposition is the use of small hydroelectric plants that carry an installed capacity below about 40 megawatts. They do not tend to cause as much environmental damage when carefully managed, as they divert only a fraction of flow.

In addition to hydropower, biomass energy is gaining traction as a form of renewable energy. Biomass is organic material from plants and animals and includes crops, waste wood, and trees. When biomass is burned, the chemical energy is released as heat and can generate electricity with a steam turbine. In 2020, biomass provided nearly five quadrillion British thermal units (Btu) and about 5 percent of total primary energy use in the United States.

While biomass is often described as a clean, renewable fuel and a greener alternative to coal and other fossil fuels for producing electricity, recent science shows that many forms of biomass, especially from forests, release higher carbon emissions than fossil fuels. There are also negative consequences for biodiversity when it comes to leveraging biomass. Still, some forms of biomass energy could serve as a low-carbon option under the right circumstances. For example, sawdust and chips from sawmills that would otherwise quickly decompose and release carbon can be a low-carbon energy source.

Climate Entrepreneur, Energy VC, and CEO of Eleox, Kirk Coburn, wrote an article saying, “So-called ‘green hydrogen’ tech that’s focused on achieving a global carbon-neutral plan is the ideal in the current state of things. ‘Blue hydrogen,’ or hydrogen made from natural gas — as well as gray hydrogen made from oil, coal, and other fossil fuels — are still currently the norm. Also, they are still cheaper than green hydrogen that’s often made from water using processes like electrolysis. However, there’s some evidence to suggest that the cost of green hydrogen will fall by nearly two-thirds by 2040, so this is definitely a development worth keeping an eye on.”

Overall, as we move forward, several grid planning practices and technologies will help facilitate both America’s and the world’s transition to higher and higher amounts of renewable energy. Leading states are currently contemplating how to design policies and market structures that support a modernized, low-carbon grid. Planning for the future can and must be done in parallel with promoting strong renewables growth in the present if the problem of climate change is ever going to be handled properly.

Matt Vulpis is a fresh out of college writer/journalist, already with a myriad of published articles across a variety of topics and industries. He is very passionate about writing, as well as sports, and television/film. While he enjoys writing articles pertaining to business tech, he wants to one day write a TV show as a head screenwriter. He has a bachelors in journalism with a minor in sports studies from Quinnipiac University. 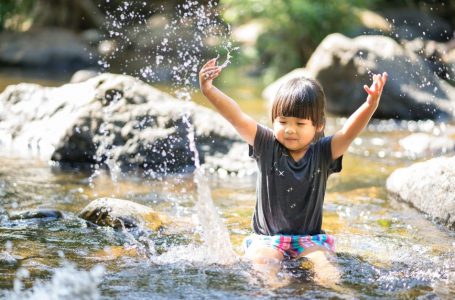